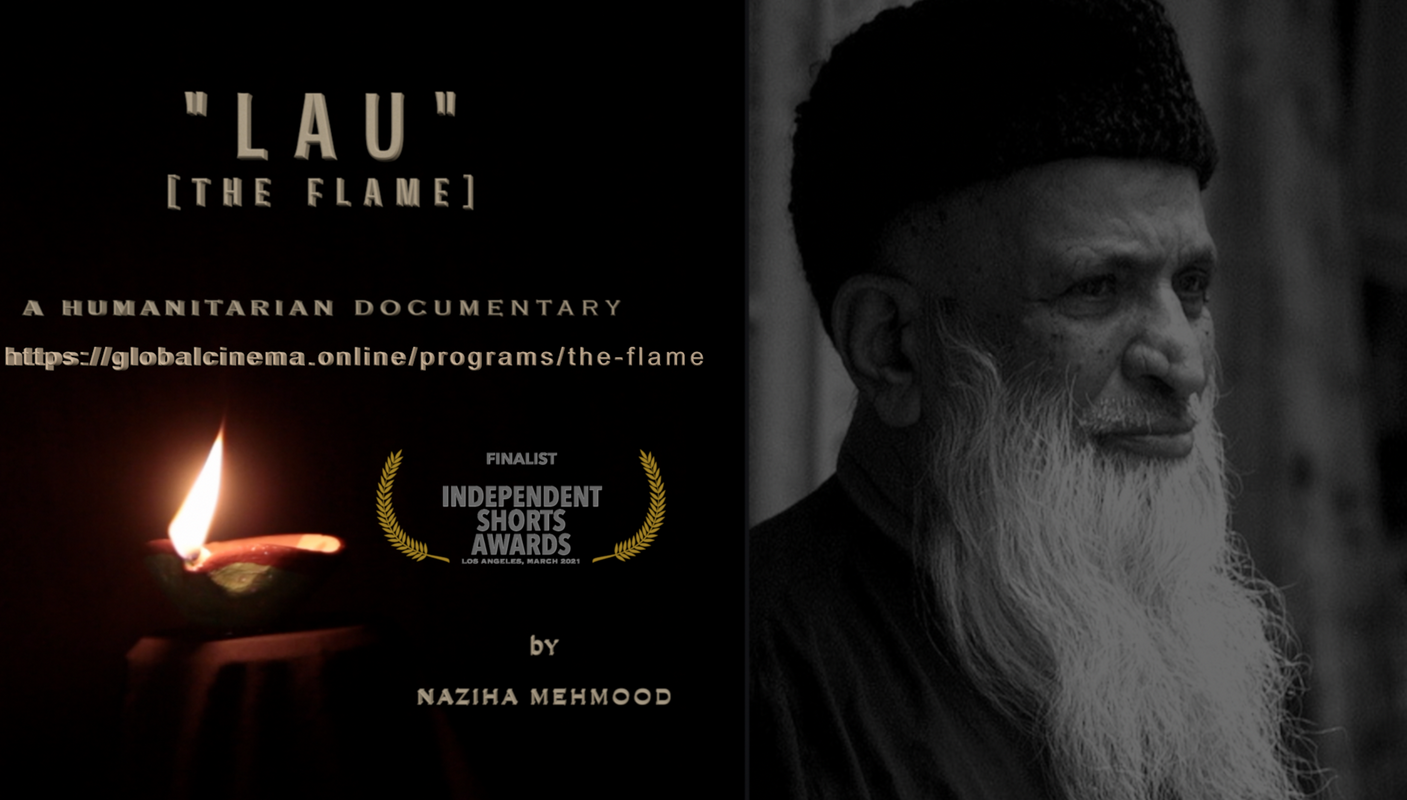 In 2015, a severe heat wave clouted Karachi and resulted in over 2,000 casualties. The Edhi Foundation, through the efforts of an exceptional humanitarian Abdul Sattar Edhi, buried 400 unclaimed deceased.

Over his lifetime, the Edhi Foundation expanded, backed entirely by private donations, which included establishing a network of 1,800 ambulances. By the time of his death in 2016, Edhi was registered as a parent or guardian of nearly 20,000 adopted children. He is known amongst Pakistanis as the “Angel of Mercy” and is considered to be Pakistan’s most respected and legendary figure.

Abdul Sattar Edhi was nominated several times for the Nobel Peace Prize. He received several awards that include the Gandhi Peace Award, Ahmadiyya Muslim Peace Prize and the UNESCO-Madanjeet Singh Prize. Edhi passed in July 2016, he was buried with full state honors.

The Flame entails a powerful narrative of exemplary compassion. Edhi was the epitome of humanity and will always be remembered in that light.

The Film was created with the intention of carrying forward the light of Edhi’s mission.

A hand of love, respect and commitment are the essential gears of this labor of love and magnanimous cause. It’s time the world sees, values and comes forward. Prepare your hearts and eyes for the liberty of tears.

Where to find me

I’m currently based in Karachi, Pakistan. I can be contacted via email on:
nazihamali@gmail.com